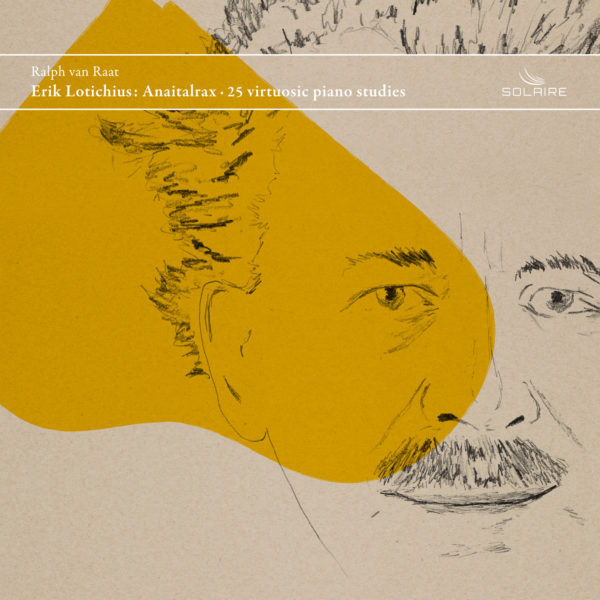 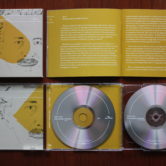 Nieuwe Noten | Ben Taffijn – March 2018
“One has to praise Ralph van Raat and Solaire Records for standing up for this composer. When you listen to this album, you can certainly say that this is a completely right tribute. Because, boy, what is this good music!”

I Care If You Listen | Jeremiah Cawley – March 2018
“The whole is less a record than it is a tribute to the quiet, lifelong work of an underserved, underperformed, underknown composer who is — deservedly — emerging from obscurity.”

TheArtsDesk | Graham Rickson – November 2017
“Life-enhancing stuff: exquisitely produced and packaged, and my favourite keyboard disc of 2017. Go on – treat yourself.”

NRC Handelsblad | Joep Stapel – October 2017
“These 25 pieces, played amazingly tight and colourful by van Raat, stand out by their brightness, catchy melodies, spicy chromatics and, above all, by their rhythmical drive. Beautifully sounding little engines they are.”

Planet Hugill | Robert Hugill – October 2017
“The individual movements were written under no pressure of time or deadline, simply as the inspiration took the composer, and this feeling of joyous freedom shows in the pieces. Ralph van Raat brings a nice freedom to the music, and is an excellent guide through the pieces. The CD booklet contains a good series of articles on the music, on the recording and on Erik Lotichius himself. This disc is an excellent introduction to a composer who seems to have rather slipped through the cracks.”

OpusKlassiek | Aart van der Wal – August 2017
CD OF THE MONTH
“This is a striking release that you cannot let pass by.”

MusicWeb-International | Dominy Clements – August 2017
“Ralph van Raat’s virtuosity is unclouded by haste and uncalled for extremes of display, and the music has more than enough content to speak for itself. In the booklet, producer Dirk Fischer talks us through the interesting challenge of setting up a recording of music that has little or no performance tradition, but van Raat’s colourful playing is captured superbly and the whole thing is yet another demonstration-class production, fully in agreement with Fischer’s final philosophy that, in the end, it is the music that counts above all technical considerations.”

With the release of Erik Lotichius‘s two-hour long Anaitalrax cycle, Solaire Records focuses on the personal trials and tribulations of a unique artist in a tragic phase in music history. Performed integrally for the first time by esteemed pianist Ralph van Raat, they place the focus on the work of a gifted composer who fell victim to the politicisation and dehumanisation of the arts in the 60s and 70s. In these 25 pieces, Lotichius reveals himself most openly, shedding light on an artist who was as inspired by melancholia and elegance as he was by playfulness and humour.

Both the music and the expansive, 44-page liner notes look back on a time in the Dutch and international music scene when composers were given the choice between surrendering to the demands of atonalism or living in complete isolation. Lotichius could never force himself to do the former, but found it hard to live with the latter. His biography is filled with scenes of despair – from years spent in vain trying to get his works performed in public to physical violence from audience members to the moment he put out some of his most accomplished works for garbage disposal. Although his oeuvre would later find an audience as part of a return of harmony and melody in the 90s, he would never find wider recognition during his lifetime.

Anaitalrax feels like an intimate look back on these episodes and stories. Envisioned as a tribute to one of his favourite composers, Domenico Scarlatti (1685-1757) – the title of the work is an inversion of Scarlattiana – Lotichius wrote the music in short bursts of energy over the course of his entire life, turning them into his personal musical biography. These pieces document his diverse and changing interests, which included the structures and harmonies of the classical masters from Mozart via Ravel to Bartók as well as elements from popular music. Although he expressed himself in the most diverse settings, from string quartets, preludes and symphonies to songs, operas and musicals, no other work in his oeuvre reveals the man behind the music more than this one.