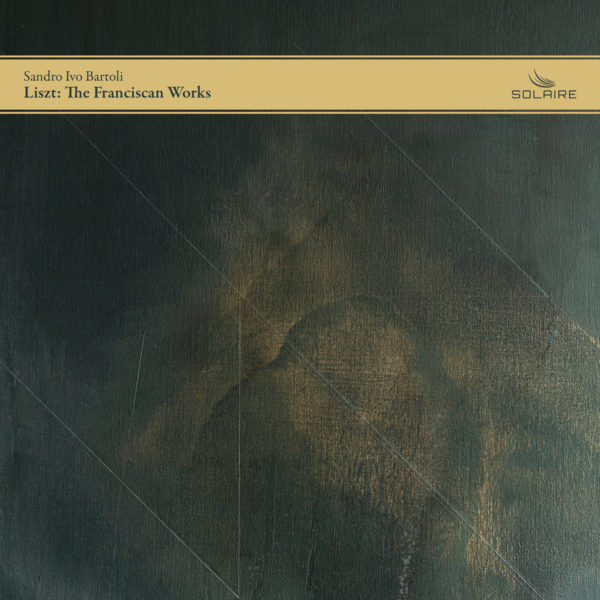 Fidelity Magazine | Roland Schmenner – June 2016
“This CD production bears no resemblance to the typical compliant Liszt-mainstream and has fully absorbed the spirit of artistic respectability. […] Without a doubt one of the best piano recordings of our time.”

MusicWeb International | Dominy Clements – January 2016
“The lasting impression is of the uniting of two visionary artistic voices – composer and pianist aligned in a single-minded purpose. […] Few if any Liszt programmes have made quite the impression on me than this one has. With a remarkable fine piano sound, Solaire’s plush presentation with a sturdy box to house both the jewel case and voluminous texts in a separate booklet, this is a highly rewarding object of desire.”

Pianostreet.com – November 2015
“In much the same was as Beethoven became introspective and innovative in his latest years, Liszt, who foreshadowed the world of Schönberg with his ‘Bagatelle without Tonality,’ pushed the bounds of what had been done before with his ‘Franciscan’ works.”

It came as a surprise to many when pianist Sandro Ivo Bartoli, one of Italy’s most charismatic and willful musicians, moved from London to a small farm in Tuscany, producing his own food and withdrawing to the countryside. Instead of ending his career, however, the decision provided him with the time and calm required to focus on his studies and typically untypical interests. His latest recording is the first result of this move. Bringing together the mysterious Franciscan repertoire of Franz Liszt on one disc for the very first time, Bartoli is awarding his personal touch to the work of one of the most misunderstood composers – you have never heard these pieces performed like this.

The 13th album of his 20-year long recording career sees Bartoli diving headlong into the darkest period in the life of Liszt. Faced with the death of his daughter and flirting with suicide, battling with illness and out of grace with the critics, it was faith alone that kept the composer afloat. In what many perceived to be a publicity stunt, Liszt put on the robes of a Franciscan monk, gave away most of his fortune to charity and began writing in a daring and utterly unique style, somewhere at the cusp between order and chaos, tonal tradition and sonic freedom. Blending passages of massive sound clusters with breathtaking beauty and impressionist color painting, even some of his closest friends and supporters were lost with many of these pieces.

To our 21st century ears, meanwhile, they appear entirely original and fresh, from the sequencer-like arpeggios of “Les jeux d’eau à la Villa d’Este” to the ten-minute epic “St. Francis Walking on the Water”. Recorded at the legendary Reitstadel concert hall near Nuremberg in a single day, the album strikingly marries years of experience with the spontaneity and intensity of a live performance. He may be dealing with darkness here – but Bartoli has never sounded more alive.

1 review for Liszt: The Franciscan Works